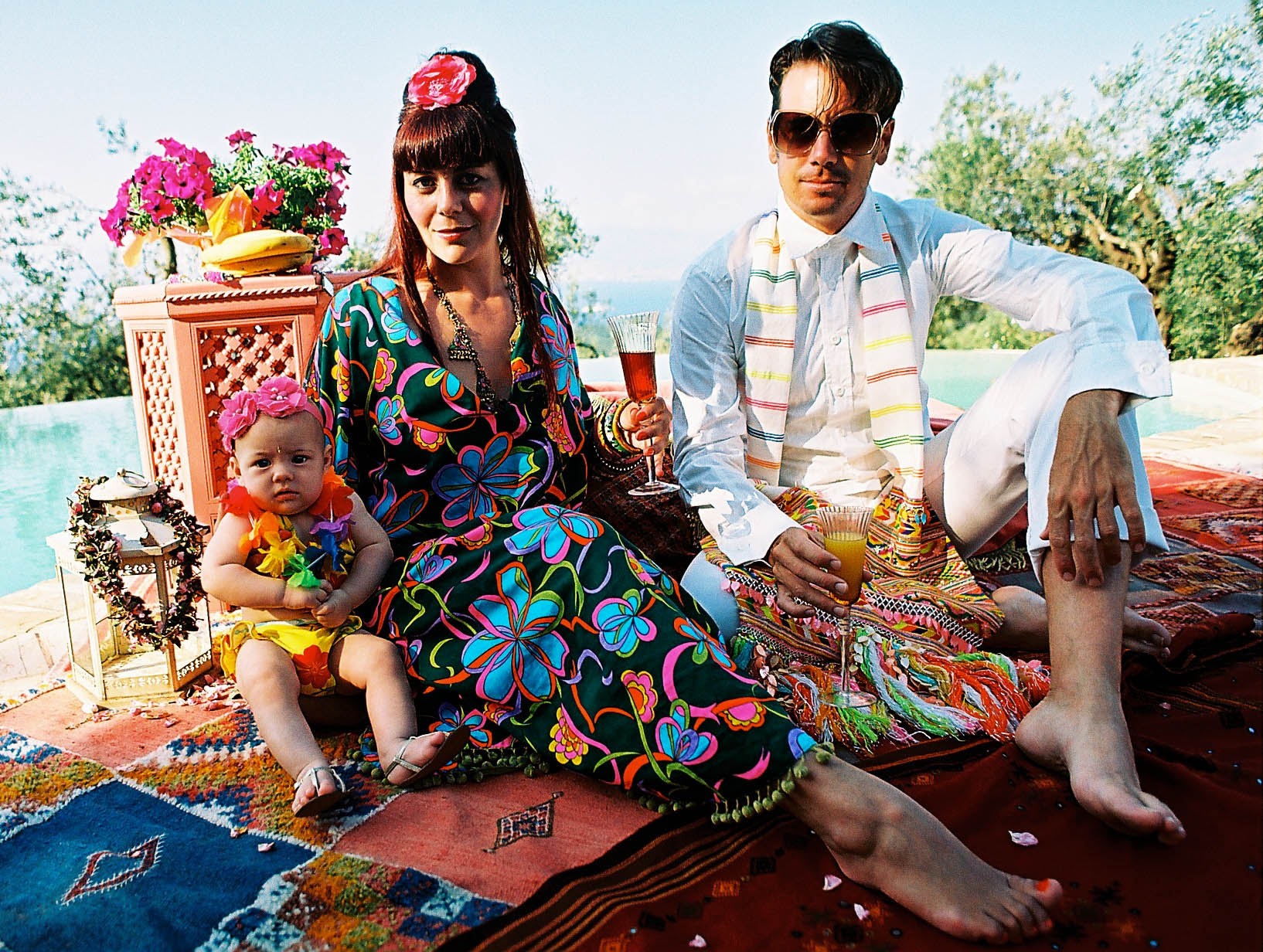 IT WAS halfway over the Laxman Jhula suspension bridge in Rishikesh that my wife Kass and I felt, for the first time, like tourist attractions. While the bridge helps thousands of pilgrims cross the Ganges to their holy Hindu temples, it is narrow and only allows a few people to pass each other at once. Stopping in the middle is inadvisable but we had no choice.

A little man had suddenly grasped my wrist and was yelling at the top of his voice, ‘Ricky! Ricky Ponting! Sir, Mr Ponting, what an honour! Please, let me have one picture, with my wife and daughters!’

Kass rolled her eyes. Not again, she was thinking.

‘Don’t worry, sir,’ replied the man, revealing that he didn’t really care whether I was Ricky Ponting or not, as long as I looked vaguely like the Aussie cricket captain.

‘Oh! Thank you, sir! Thanks!’ he babbled excitedly as we posed with his wife and daughters. ‘We will show all our families this photo, our grandfathers and grandmothers, our cousins and, in fact, sir, our whole village, yes, wonderful!’

Wonderful indeed. But, as all those who know an Indian crowd would understand, everyone wants part of whatever it is the crowd is interested in, even if it is something they would not normally be interested in had there not been a crowd interested in it.

Getting to our yoga session was now looking most unlikely.

‘Excuse me Mr Ponting and madam! One for my family also!’

Thus, we remained there for half an hour at least, a mistaken Ricky Ponting and his wife having our picture snapped by numerous Instamatic cameras. Meanwhile, lines of devotees queued downthe banks of the Ganges waiting to cross and, quite possibly, also have their picture taken. For many Indians, a photo with Ricky Ponting and his wife is a status symbol of the highest order. 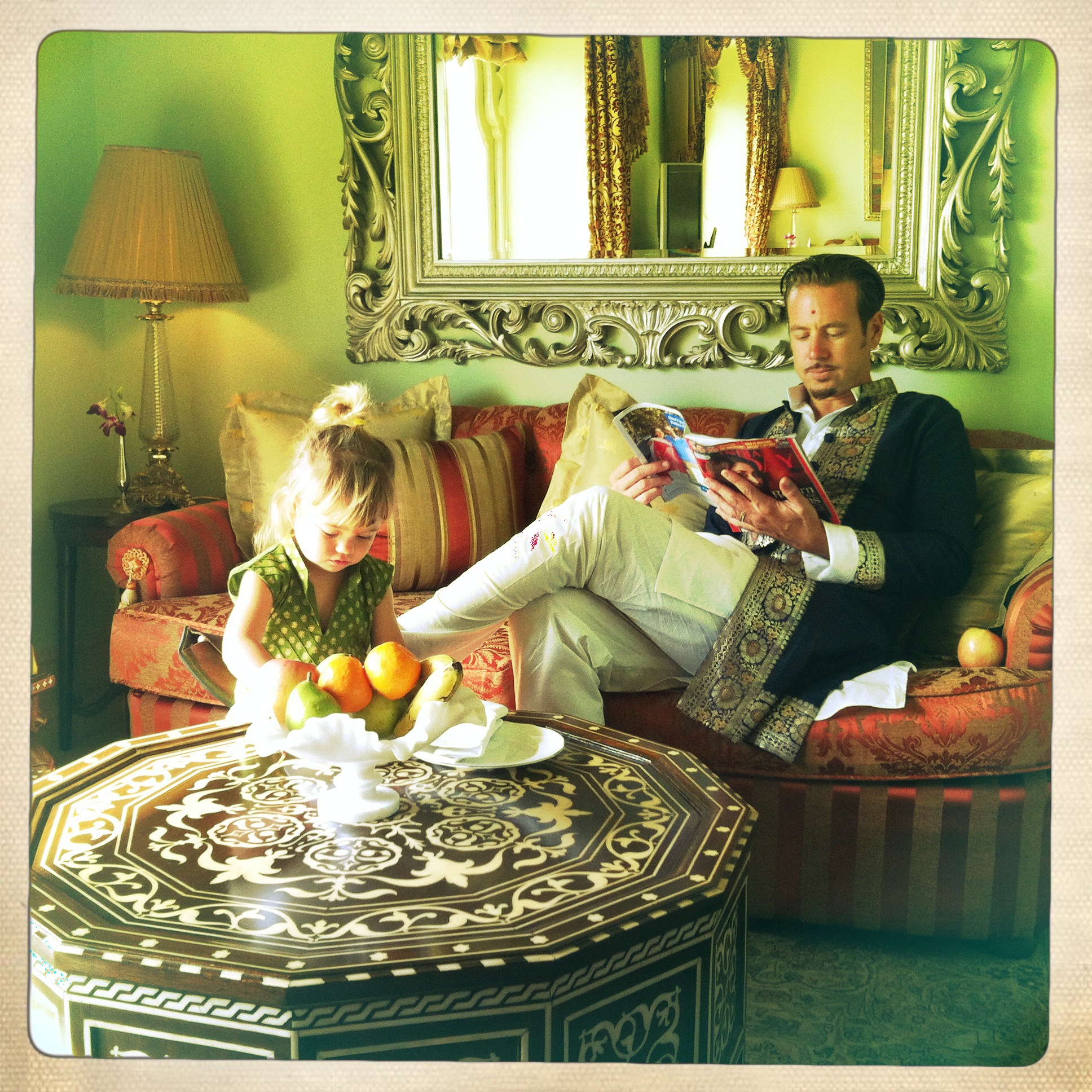 Acting the celebrity for a while rarely bothers me. Many people dream of ending up a celebrity; being mistaken for one is the next best thing. I also know that when it comes to travel it doesn’t matter who one really is. Because the truth is that, for many, a journey is more about romantic notions than reality. And just as I love to explore my own fanciful ideas of a place and people, it pleases me equally to assist fellow travellers to play into their own imaginations.

While rural Indians on pilgrimages can only dream of coming home with photos of Ricky Ponting and his wife, Western travellers value other fantasies. I, for one, readily admit I seek the old-world cultural charms of my destinations, as if these places had, unlike the rest of the world, never moved on. In Spain I want to hear the castanets of beautiful flamenco dancers in smoky bars where men dressed as matadors are eating olives. In Morocco I want to be welcomed by a local in a fez hat who calls me sahib and takes me to a magic hotel by the name of 1001 Arabian Nights.

And in Japan, every woman in the street should be dressed in kimono and teeter about on little wooden clogs, bowing ceaselessly.

These fantasies of travel, no matter how outdated and delusional, explain to some degree why it’s also easy to become a tourist attraction oneself in the very place one is touring. It’s not always about looking like a famous cricketer. One simply has to make a genuine effort to dress in the classic fashions and traditional costumes of wherever one has landed.

My wife and I do this all the time to fully absorb the experience. Inevitably, however, we end up being the centre of attention.

One example of this occurred while visiting the Cannes Film Festival in 2009, when I took a stroll along the Mediterranean in Nice wearing a white three-piece suit, silk cravat and Panama hat. Being summertime, the promenade was packed and I got no more than 10 paces before posing for the first photo. From then on the rest of the morning was spent modelling like this for 80 or 90 separate tourists who all looked very pleased and comforted there were still French dandies to be found on the Promenade des Anglais.

In a similar experience just last year, my wife and I joined a Gypsy festival in Bulgaria, along with our one-year-old baby girl Paloma Rose. Getting in the spirit of things, Kass wore vintage bohemian skirts and nomadic shawls and did not spare Paloma from spangled fabrics and embroidery. It just so happened, however, that the real Roma Gypsies had long since moved on to adidas track suits and made-in-China Lonsdale rip-offs. Unsurprisingly, Kass and Paloma found themselves mobbed and are, by now, glued-down in the photo albums of countless Russian tourists.

A few months later, in Italy, all three of us were resplendent in blue-and-white stripes for a gondola ride through the canals of Venice. Kass had even found Paloma a little baby boater, fastened with elastic. As we glided off, crowds of American and German tourists chased us along the fondamenti, falling over one another to get a picture.

I couldn’t help thinking then, that if every tourist visiting the city was dressed as elegantly as we were – or, even better, in full Baroque attire – what a magic place Venice would be and how perfectly it would fulfil their fantasies of the place.

Until that day comes, however, travellers like us who make an effort to dress for the occasion or bear a distant resemblance to an Australian cricket captain, will often, and invariably, end up the tourist attractions. If this ever happens to you, just wave and enjoy it. 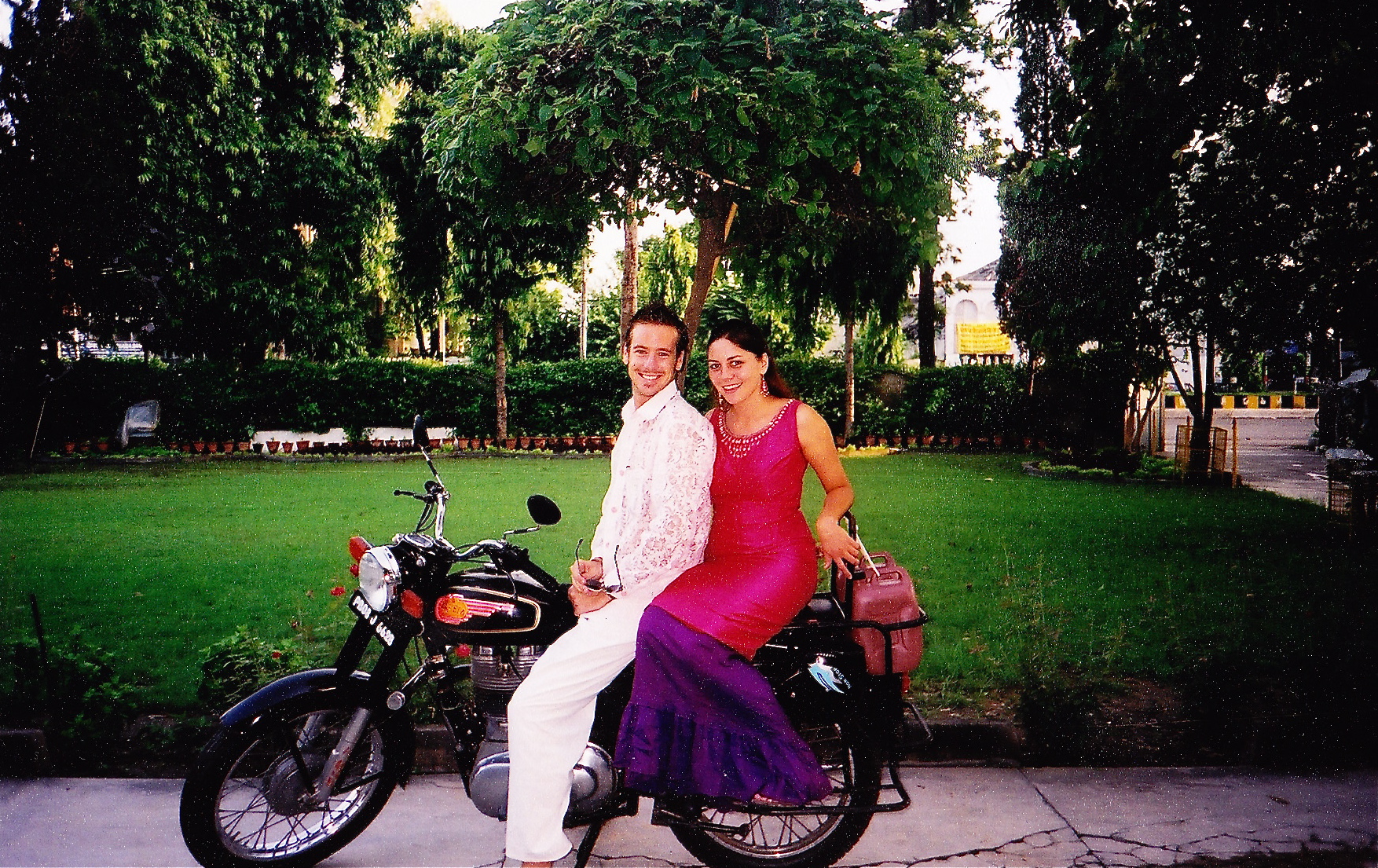