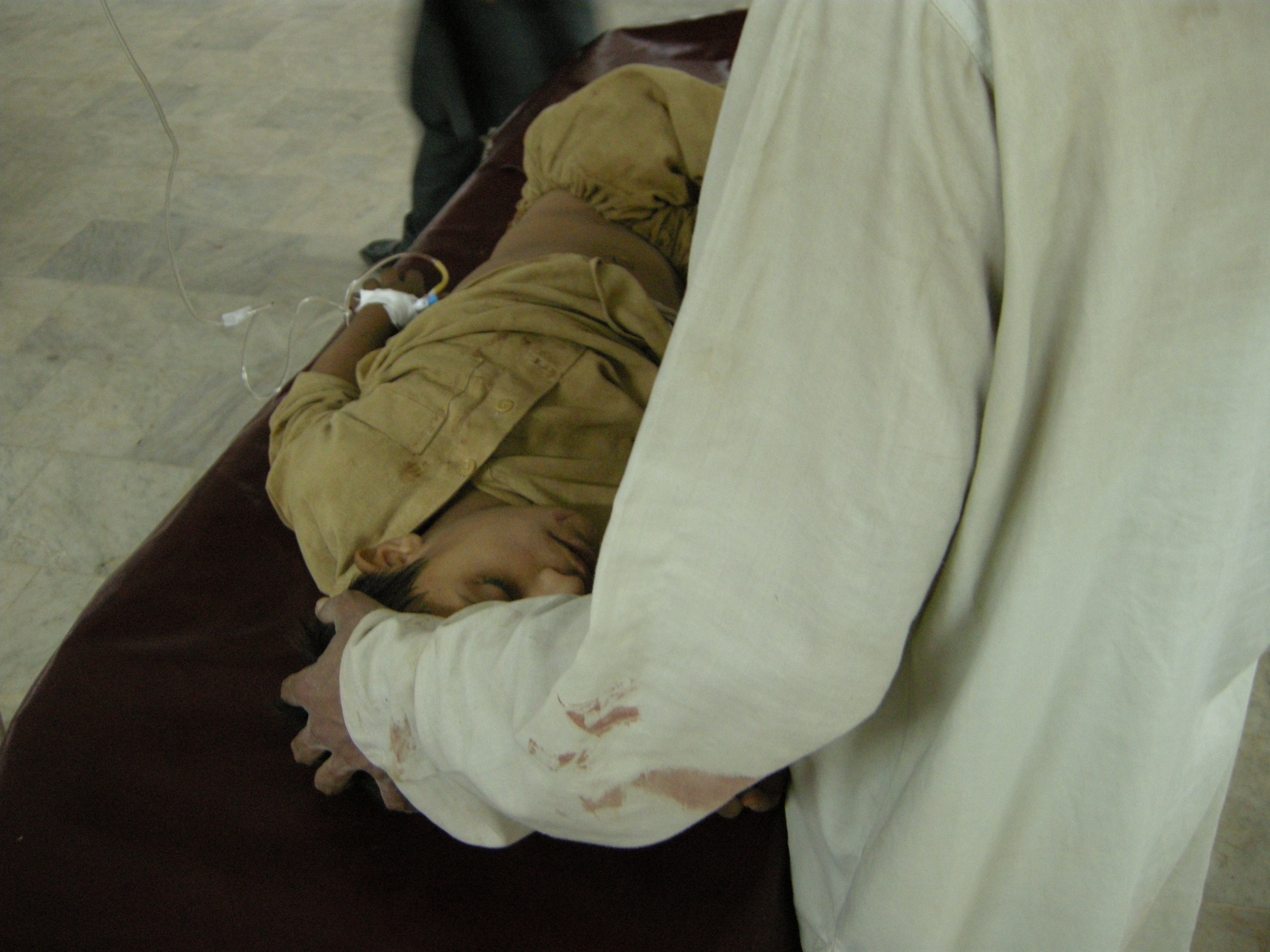 The  brutal murder this week of five Karachi health workers involved in a UN-backed polio eradication drive says more about the wider effect of misguided US policy in the area than it does anything new about the Pakistani Taliban.

Polio has become endemic in Pakistan and, according to the Lancet Medical Journal, accounts for 60% of polio cases worldwide. It is a serious and urgent threat. The director-general of the World Health Organization, Dr. Margaret Chan stated recently that a failure to eradicate polio could lead within a decade to as many as 200,000 paralyzed children a year worldwide.

In a video address on the Gates Foundation website last month, Bill Gates himself pleads with the Pakistani government to keep the fight against polio a matter of national priority.

Immunisation coverage in low and middle income countries has always been directly affected by political situations in those countries. Poorly functioning democracies, as seen in Pakistan, have skewed priorities and tend to spend less public money on information, education and communication. While this is usually due to the greed and corruption of decision makers, some areas of the country, such as the remote Federally Administered Tribal Areas (FATA) inhabited by tribal Pashtuns, have historically been considered too dangerous for government workers and NGOs. This makes immunisation coverage particularly difficult. But until this year the risks to health workers have been largely imagined ones, with only a single reported death of a medic over the past decade in FATA despite steeply rising extremism and militancy.

So why has the Taliban suddenly targeted the polio program?

Since 2001, tens-of-thousands of Pakistanis that have died as a direct or indirect result of the US-led ‘War on Terror’. Pakistani military forces, as well as American unarmed predator drones, have been hitting FATA targets for the past six years, leading to a lack of trust in the Pakistani government and a deep resentment of outsiders arising from enormous anti-American sentiment. The use of lethal drone strikes in particular has had a severe impact on how local Pashtun populations view every other endeavour led by their government or foreign aid groups, even those intended to save lives, such as the polio program. Unsurprisingly, most polio cases reported so far this year were from militancy-hit areas of Pakistan, with only 13 of 44 cases from the settled areas, which have a much larger population.  A report this year by the New America Foundation claims that drone strikes may have killed more than two-thousand civilians in the north-west frontier provinces since 2004. This extrajudicial killing from the sky has, understandably, created widespread hostility to all government workers, including those in the health sector, particularly foreigners.

While the CIA drone campaign first provoked many in FATA to boycott polio vaccination, the most significant escalation of this followed the fake immunisation program created to facilitate the assassination of Osama bin Laden. To do this, the CIA enlisted the help of a real doctor, Shakil Afridi who, on the pretext of a routine vaccination campaign, sought access to the Abbottabad compound in which they believed Osama bin Laden was hiding. The doctor’s mission was to retain the needles of the fake hepatitis-B vaccination campaign for DNA testing by the CIA to determine if the children in the compound might be related to Osama bin Laden, confirming the possibility he resided in the compound. In the process, Dr. Afridi not only caused the Pakistani government considerable loss of face, but his actions in collaboration with the CIA, undermined his medical colleagues in Pakistan who have helped bring the country very close to polio eradication several years ago. Dr. Afridi acted well outside of the Hippocratic oath which doctors swear to uphold when they graduate. The oath clearly states that treatment or diagnostic tests applied to any patient should be ‘carried out only for the good of patients and not for any intentional ill-doing, abstaining from whatever is deleterious and mischievous’ (Hippocrates, 400 BCE). A real medical doctor engaging in a fake vaccination program subverts not only the trust placed in all medical practitioners, but in this case the trust Pakistani people place in those honestly committed to eradicating disease.

Complete worldwide eradication of the polio virus could well be this decade’s disease control success story were it not for Pakistan. Local militants responsible for killing the vaccine workers this week must be brought to justice. But can we really expect Pakistanis to trust our desire to help them save lives when our allies, the US, are simultaneously bombing the country and creating fake immunisation programs in order to catch their most wanted? Let us hope that ongoing negotiation between the UN, WHO and the Pakistani Government, as well as discussions between the Gates Foundation and the Taliban via Saudi intermediaries, can help to get the Pakistani polio program back on track.